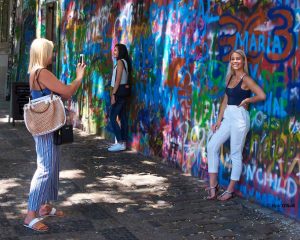 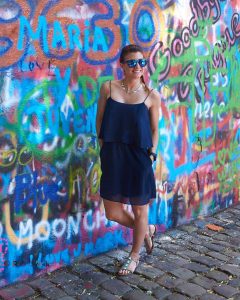 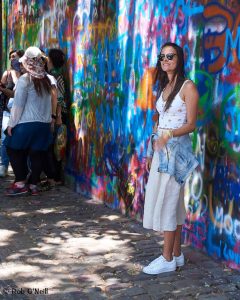 This year we went to Prague in the Czech Republic, yes I know, makes a change from the Chocolate factory and Lego Land.

Well it was amazing, very hot, very clean and we didn’t get mugged once!  The architecture and history was almost too much to take in. We walked for miles, our guide took us everywhere and we ended up at the Lennon wall ( that’s not the one that sails at HISC and never returns your calls , no,  it’s  the one in the Beatles).  This  was  covered with bright colourful  murals,  beautiful ladies go there and have their photos taken, hence the images!!!!

I am not a big fan of budget airlines, whilst they have a place in the market generally I prefer to fly the flag.  Our flight was delayed by local thunder storms and we didn’t get off the ground until 1.30 am interestingly had it  been 27 seconds later the flight would have been cancelled.  The cabin crew were frankly excellent and the captain red lined it the whole way home so BIG respect to Wizzair!!

We always recommend Ben who is our local boat builder  based just outside  Radlett , Herts. He is a traditional boat builder having learnt most of his skills from his father Brett, and can repair wood or GRP.  He can however achieve a spray varnish finish with a brush!

I have asked him loads of times to tell me how he does it, but it’s his secret and he just smiles! 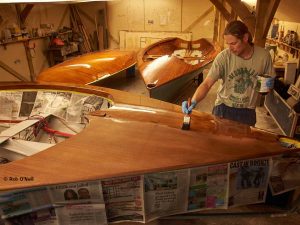 First delivery of our  new  D4 dory trolleys,  two  were taken down to Dell Quay Sailing Club this week. 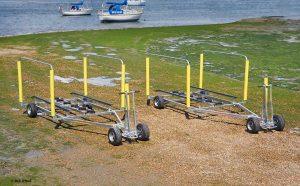 It was well supported and very well run, which we all take a bit for granted but with the number of quality helms on  hand  I suppose it should be.

In 1953 my mother finally managed to talk my father out of motorcycle racing.  With a young family she was concerned about the dangers, so he decided to take up sailing. He brought a second hand Firefly with the idea of learning and then racing on the nearby Welsh Harp.  Unfortunately there was a waiting list for new members, it was very over subscribed, how mad is that these days, but don’t forget there were no gravel pits. He started to look for an alternative club, fabricated a trailer and drove south, he had been recommended to look around the Chichester Harbour area.  When they were virtually there mum spotted an RAC man in a layby, being members they thought he would be the best person to ask, assuming he was local, which he was.  He directed them to what he described as the best place to sail on the South coast. They followed his directions over a wooded bridge onto Hayling Island, drove to the sea, turned left until the road stopped at a place called Sandy Point, which was aptly named.

From my perspective  (66 years later) as someone who enjoys taking photographs it really  is an amazing place! 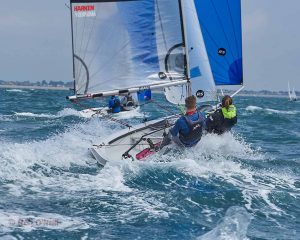 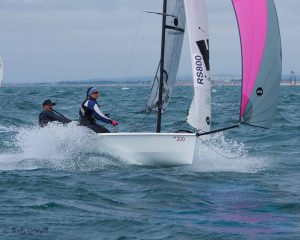 How long does a trailer last?

When we went through European Type approval our colleagues at the VCA (Vehicle Certification Agency) assured us that by 2020 most  trailers  on the road would comply with the law.

Well the trailer brought into our workshop this week  was manufactured in 1978, it needed new bearings and a small mod at the front.  It had not lived in a salt environment, but at  41 years  it still had a long way to go. 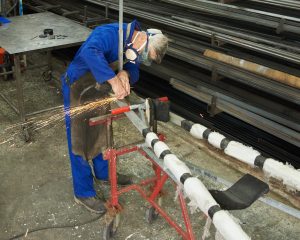 As for the VCA well I am sitting in my office looking out the window  and I can clearly see yet  another  flock of pink elephants flying past!!

This months front cover is Mr Alan Roberts pro yachtsman and rock star, the photo was taken during his early days of solo yachting.

It is really good to see him doing so well in the new boat! 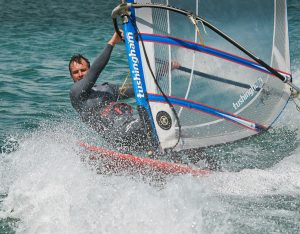 Changing times on the retail front.

Question: What does a bloke look for in a garden centre, answer: a full English breakfast.

Question: What does a partner/girlfriend  do when her man  comes to the shop, answer: sit in the car.

Time for a change and our exciting new retail experience is now up and running, we can offer  coffee and sandwich crafted by Saied  in his coffee shop, nails manicured by Ora, hair styled by Daniel, Rita, or Veronika then a complete facial by Ivett.

When you come to collect your shiny new Sovereign trailer you can bring your partner and enjoy  a  very  special experience.

How brilliant is that! 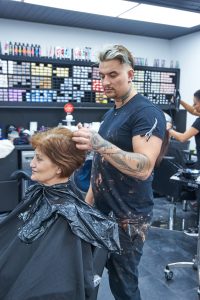 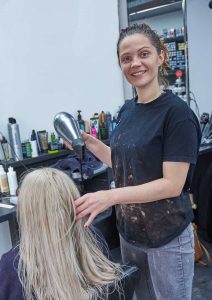 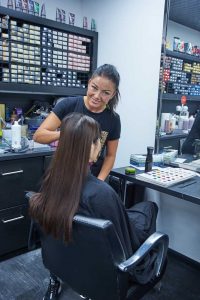 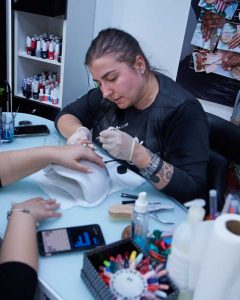 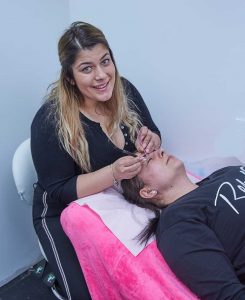 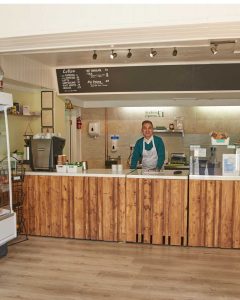 Are there really lucky boats?

This months front cover is Katie Nurton and Nigel Ash in the harbour, from this angle a 14 hull looks tiny.

I have to say I really don’t think I have ever really done this class justice in photographic terms, they are so exciting to watch. Having said that I have tried but the conditions have never worked in  my favour. A couple of years ago we were in Hayling bay during  their  open meeting, the wind dropped and the clouds set in, we were left with a grey  boring day.  Just at the point of calling it a day  a mast came crashing down on  a boat almost in touching distance!!  It was a  father and son team in there new bright orange boat, we managed to get them back into the harbour safely without any real damage. I chose not to give them any rigging advice because they seemed to know what they were doing, however I did feel it was going to be a very lucky boat for them.

Finally good luck with your stag  do Tom!

Absolutely the last one off Job! 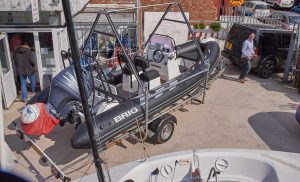 At the beginning of this year we decided not to manufacture any more one off jobs, they are never profitable, generally take longer than you expect and it is difficult to get them right first time. With the onset of type approval and product conformity, it is always a good idea to stick to what you know.

Within a day of this decision Jamie Mears telephoned asking  can we make an upper deck to carry two Optimists initially and then possibly some Toppers on his Rib trailer. The problem is that Jamie and Stewart have been customers ever since we started  manufacturing trailers, so we could not possibly refuse.

So this image is of the last ever one off job, until of course the next one comes along!

It’s a Merlin Jim, but not as we know it!

We have just finished the fitting out of Geoff Baylis’s lovely Proctor 9 beautifully varnished by Ben Dingwall. I photographed it in our exciting exterior sales facility  (yard) and the daily  throng  of punters have all admired this 60 year old boat. Most of them only familiar with white glass fibre dinghies  asked  what  it was. None of them thought it was a Merlin.

My son who works in IT came over and I asked him to explain  the mystery that is Social Media. I also asked him to check our progress in Face Book, he carefully went through it and after a while dutifully informed me that I still had no friends, all I had done was steal all of his. So to all  of Toms friends   THANKYOU! 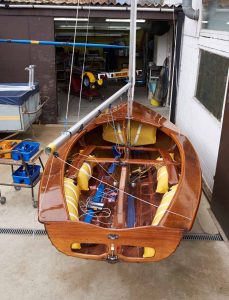